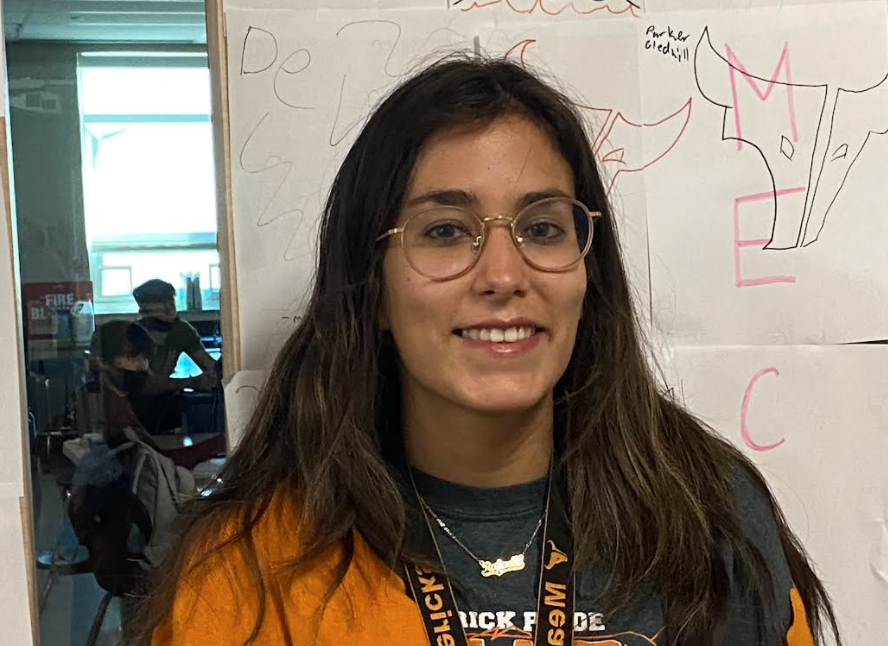 New science teacher tells us about her education and high school struggles as she enters her first year of full in-person teaching.

Ms. Vaca-Tricerri— more commonly known as Ms. Rafi— started teaching Biology and Chemistry last year. Originally born in Ecuador, Ms. Rafi moved to the States when she was four, then settled with her family in Charlotte, North Carolina. She went on to study at Wake Forest University in Winston-Salem, North Carolina where she got her undergraduate degree in Psychology and Education with a minors in Neuroscience, and a master’s degree in Science.

Because of her previous urban lifestyle, Ms. Rafi had a difficult time moving to Colorado last year.

“Colorado’s very, very different from Charlotte. I went from a city life that’s very diverse to a more rural, towny, life and I don’t know it. I feel like I don’t know the people here so it’s been a tough adjustment especially because I moved here during COVID and the fires.”

When asked what her favorite subject was she said, “Science or math, [because] I understood it. And science because I liked the labs.” This is unsurprising considering her current job.

Like other students, Rafi did not enjoy high school, in fact she resented it.

“At your age, I did not want to be a teacher. I had so much resentment for my education. I hated high school. Which is weird and almost contradicting [because] I’m a teacher now.”

However, once in college, she was a peer tutor and later decided to take education classes. This changed her perspective, ultimately leading her to become a teacher. After learning about the issues within the public education system, Ms. Rafi wanted to make it better somehow.

“Learning about how schooling and tests affects diverse learners and just marginalized people, it made me reflect a lot on my public education and how I just thought it was so unfair.”

Throughout high school, she worked hard to be valedictorian so she could get into the school of her choice. Coming from a low-income family, Ms. Rafi hoped schools would offer scholarships. She decided to go with Wake Forest University after they offered her a full-ride.

However, Ms. Rafi often felt excluded in college because of the vastly different culture.

“When you’re going to a private, prestigious university, it’s gonna be majority white and rich [students].”

She struggled to make friends but was grateful for the relationships she made with her professors and the rigorous academics.

“It was hard meeting people but I loved my professors, the academics were worth it, I learned so much.”

Outside of school, Rafi plays Pokémon Go “almost everyday.” She enjoys walking with her dog and her boyfriend as well as exploring new shops.

Her advice for struggling high school students is this: “High school is just a very, very short time in your life and it gets better because right now you are being weighed down by so many authority figures that don’t understand who you are. I understand that you don’t care about school as much as, you know, what you care about, like your personal life, or the friendships you’re making, or your identity. Like right now, students care way more about their identities and what’s shaping their lives rather than, like, their biology test. And I a hundred percent get that, but you are going to miss an opportunity if you don’t at least try to apply yourself, so you can get out of here.”

She added, “In high school I was like, yeah I hated it, but I know it’s going be over, and if I do well, I can go to college and have as much freedom as I can with a job I want, with financial stability. So just wait it out, [and] try, so that you have the freedom and financial stability to do what you want.”