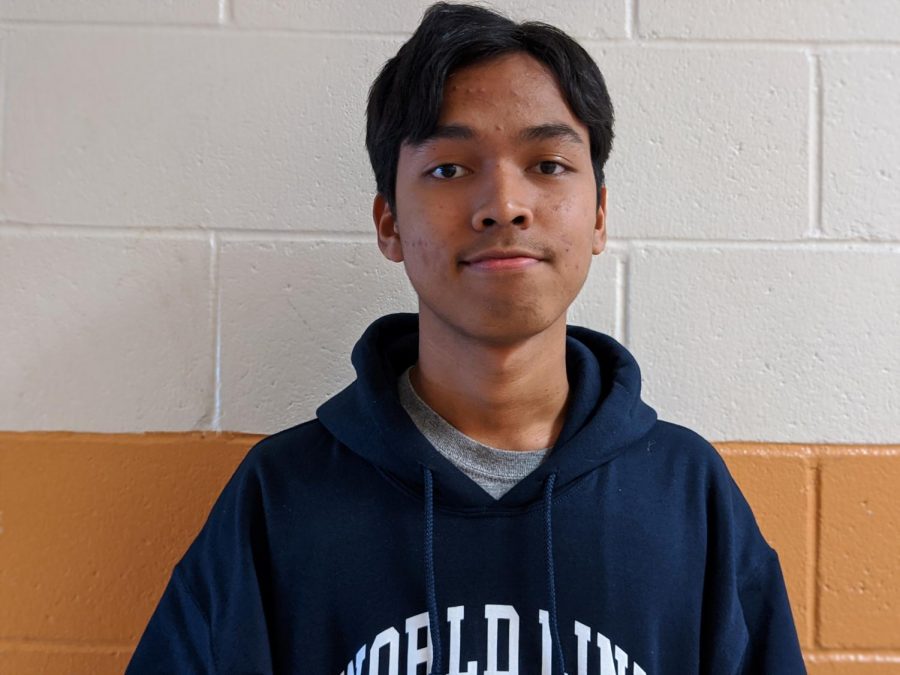 Pol Wong-Aree is an exchange student from Bangkok, Thailand. He is enjoying his education here at MHS.

Pol Wong-Aree (‘21) is one of Mead High’s exchange students. He is from Bangkok, Thailand and is a junior here at MHS. His full name is Palapol, but he goes by Pol with everyone he knows.

Pol was able to come and study in the U.S. through an exchange student program called YES (Youth Exchange and Study), which is a government-funded organization. They provide the experience of bringing students from all around the world here to the U.S. to attend a school for one full year. The process of applying to YES includes a 100 question English test about language and culture skills along with a test both spoken in and focused on English. For both the test and interview, Pol had to score above a specific percentage, which he did. After that, Pol was required to take lessons for a year. These lessons taught him how to “adjust to the people here” and “share [his] culture”. Pol was of the small percentage who passed everything and was able to come to the U.S., all expenses paid.

For Pol, English wasn’t that difficult. He loves languages and has been learning the English language since kindergarten.

“In Thailand, English is a second language, but most of the people cannot speak it,” said Pol.

Oftentimes, the grammatical side of English is taught, but the actual language isn’t. To help him learn English, Pol said that he listened to songs in English and watched movies with subtitles.

Pol later mentioned how much he misses his family and friends but that they get to talk through FaceTime every week. On top of that, Pol misses the food. He said that American food is “good”, but he really misses the meals back in Thailand.

When asked about the differences between Thailand and the U.S., Pol replied that “everything” was different. He said that the biggest differences include culture and the schooling system. For one, Thailand only has three years of high school, and they require strict uniforms.

“I kind of miss my uniform a little because I don’t know… what to wear,” said Pol.

Thailand also doesn’t let its students select specific classes. They simply get what they get. Along with that, all the students stay in one classroom, and the teachers are the ones who move in and out for each separate subject.

One of the biggest values in Thailand is respect for those who are older than you. Because of that, the students don’t interact with their teachers very much. They bow their head to the teacher to show respect as it is the highest part of the body. Students are also not allowed to put their feet up on the tables or desks as they are the lowest part of the body.

“We are really respectful of people who are older, [including] the teacher and our parents,” Pol said.

Pol has a passion for language and culture. He said, “It is not just the language [I like]. It’s the culture… and… history… and things like that.”

He is taking French classes currently and specifically decided to come to the U.S. so that he could “improve [his] English skills”, which he was very excited about.

Before coming to Mead, Pol was very concerned that his English wasn’t going to be good enough and that he would end up having very few friends. However, he seems to be fitting in nicely and he really enjoys his schooling here.

“I think high school in America, they have a lot of opportunities… [it helps you]  get an idea of how it’s going to look like when you go out [of school],” Pol said.

Pol is involved with is the FCCLA club and is taking Drama 1, too. He also considered joining tennis, but that has already passed.

After high school, Pol wants to attend a university. He would like to be able to go abroad for that as well.