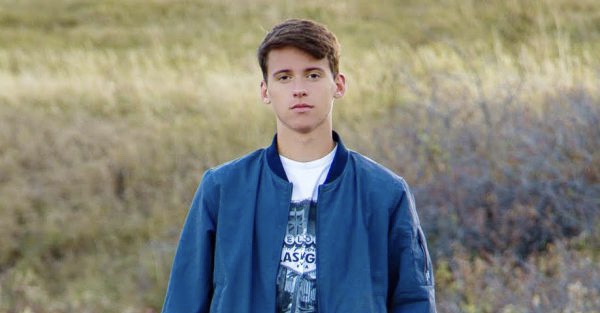 “I’m looking forward to the sense of independence and adventure in my future,” says Tyler Gibbs (‘20).

Where are they going?: Tyler Gibbs

Even though we aren’t in school, it is still important to highlight seniors and their accomplishments.

MHS senior Tyler Gibbs (‘20) has been reflecting back on his memories of football and his past two years on The Mav staff.

As a junior, Gibbs was a reporter for MavTV, and this year, he is MavTV’s Creative Editor. He is most proud of how well MavTV has been doing even with everyone at home. To see MavTV’s first at-home episode, click here!

When asked what he is doing after high school, he explained that he is going to take a year off to spend time working on short films.

Some of his favorite things to do include “filmmaking, playing sports, and hanging out with friends”.

Looking back on his years at MHS, Gibbs said that his favorite class was either journalism or speech and debate because “they both gave [him] a creative outlet and helped with confidence”. He also said, “Mrs. Hedlun has had the biggest impact on me during the four years I’ve spent at Mead. She really helped me become more confident and made me more of the person I am.”

Not only was Mrs. Hedlun always supportive of him, but he also said that his “parents really supported [him] and were always there for [him too]”.

Gibbs says that his “favorite high school memory is probably [his] first-ever playoff game or the first-ever episode MavTV”.

One thing that he is looking forward to about his future is “the sense of independence and adventure”.

“I’m scared, but I’m also excited. I’m ready for the challenge and know I have people to help pick me back up if I fall,” said Gibbs.

Something that Gibbs would change if he could redo high school would be to be involved in more extracurricular activities “especially [in his] freshman year”.

He has been influential in MavTV and a good friend to many.